The annual edition of travelling art and design showcase NOMAD is currently taking place at CHESA PLANTA in Samedan, near St. Moritz, Switzerland. 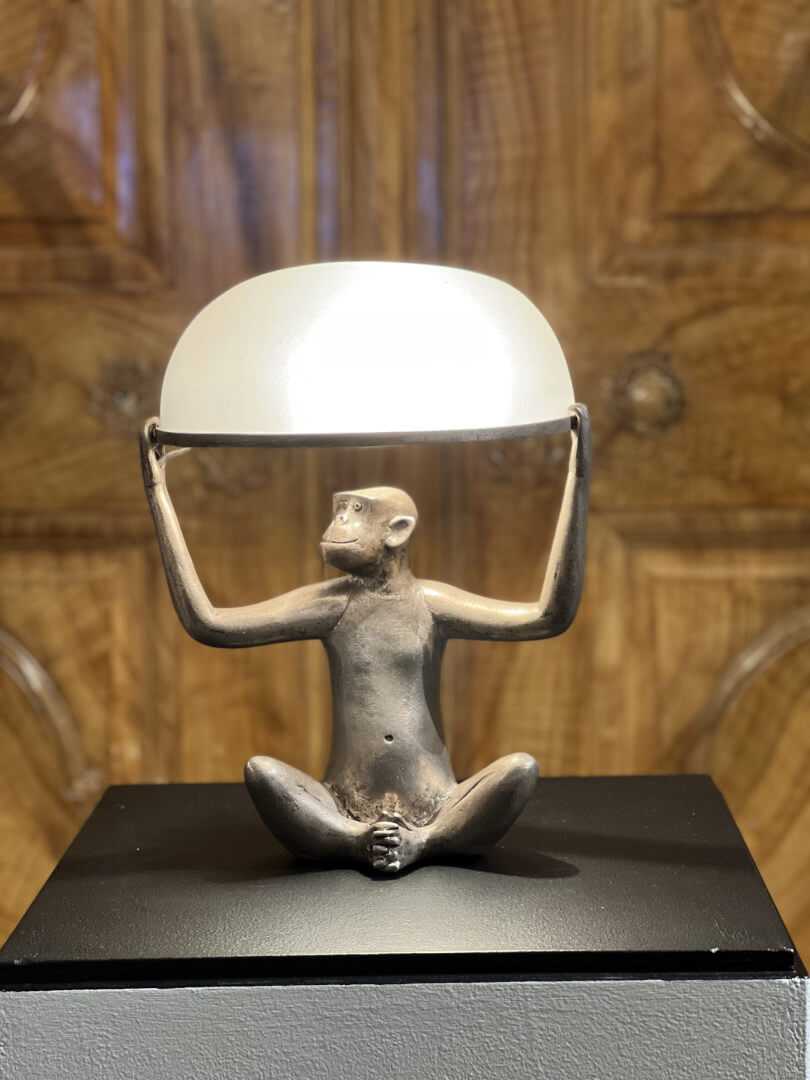 During this year of calm celebration, the NOMAD show is back in the snow with much new-found hope and excitement.

As well as new dealers from all over the world including Dimoregallery from Italy, Golsa from Norway and LeLAB Experimental Atelier from Egypt amongst others.

Taking inspiration from nature and from Chesa Planta itself, Nanning’s vases and bowls in white, silver and granite hues reflect the landscape and milky white opal glass beautifully depicts the awakening nature in spring.

Returning to NOMAD is VOLUMNIA , the gallery running a vigorous art and design programme and founded in 2018 by Enrica de Micheli in the Church of Sant’Agostino in Piacenza, Italy. 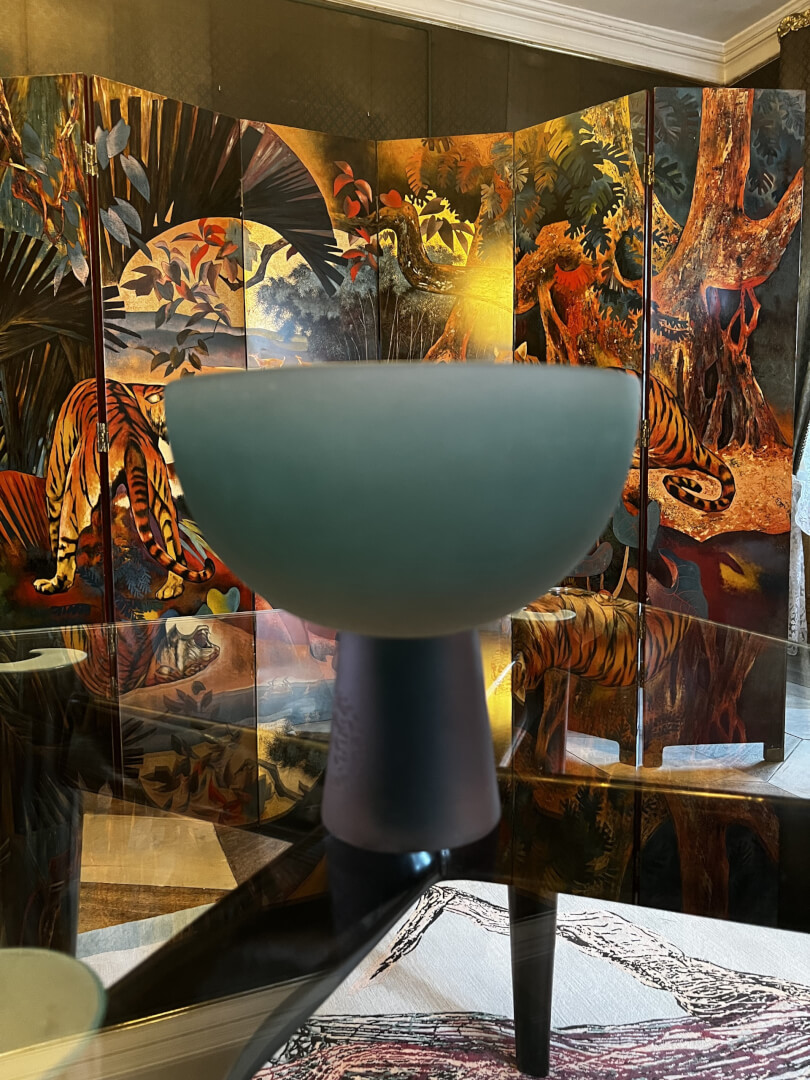 This year, Volumnia interprets the romantic and ornamented green room of Chesa Planta presenting a harmonious composition of design objects from the Mid-Century by the greatest design masters including Gio Ponti, Osvaldo Borsani and Giovanni Gariboldi. 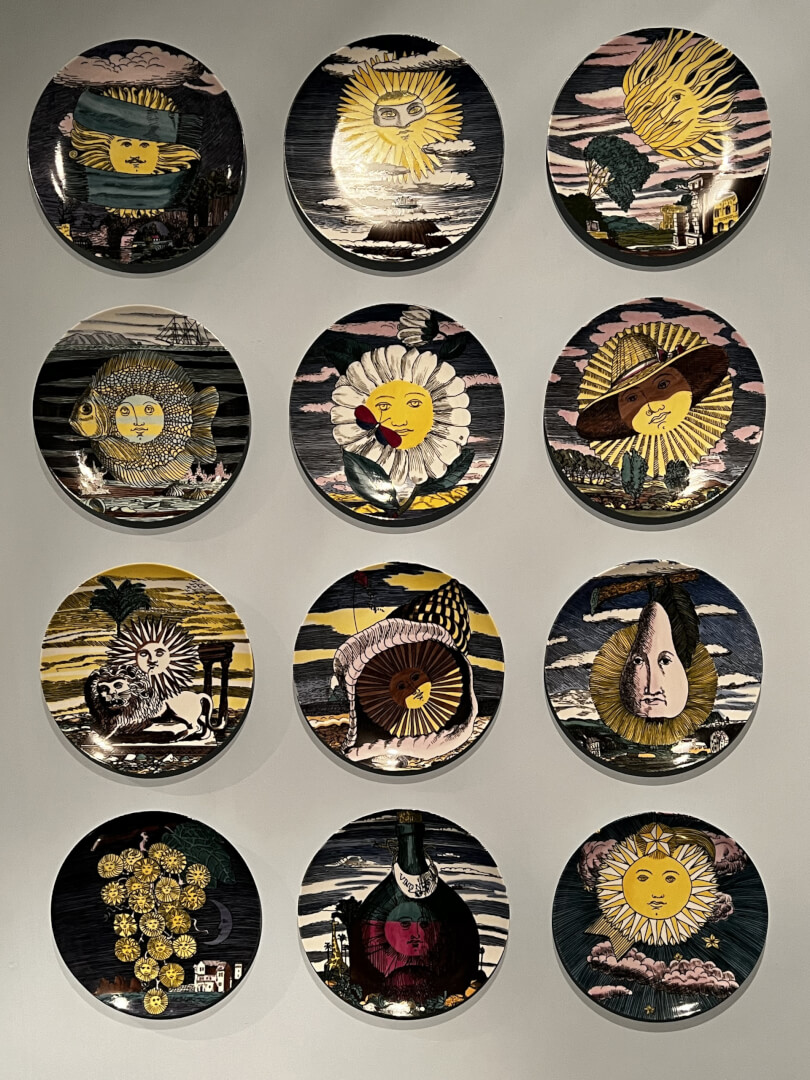 A series of twelve unique tapestries from 2010 knotted by hand on the illustration of the artist Piero Fornasetti in the 1942 almanac of the same name.

To mark the occasion, Fornasetti has unveiled a new addition to the series, a thirteenth tapestry comprising an original interpretation of the Almanac’s cover illustration complemented by a contemporary editorial project of the Almanac itself. 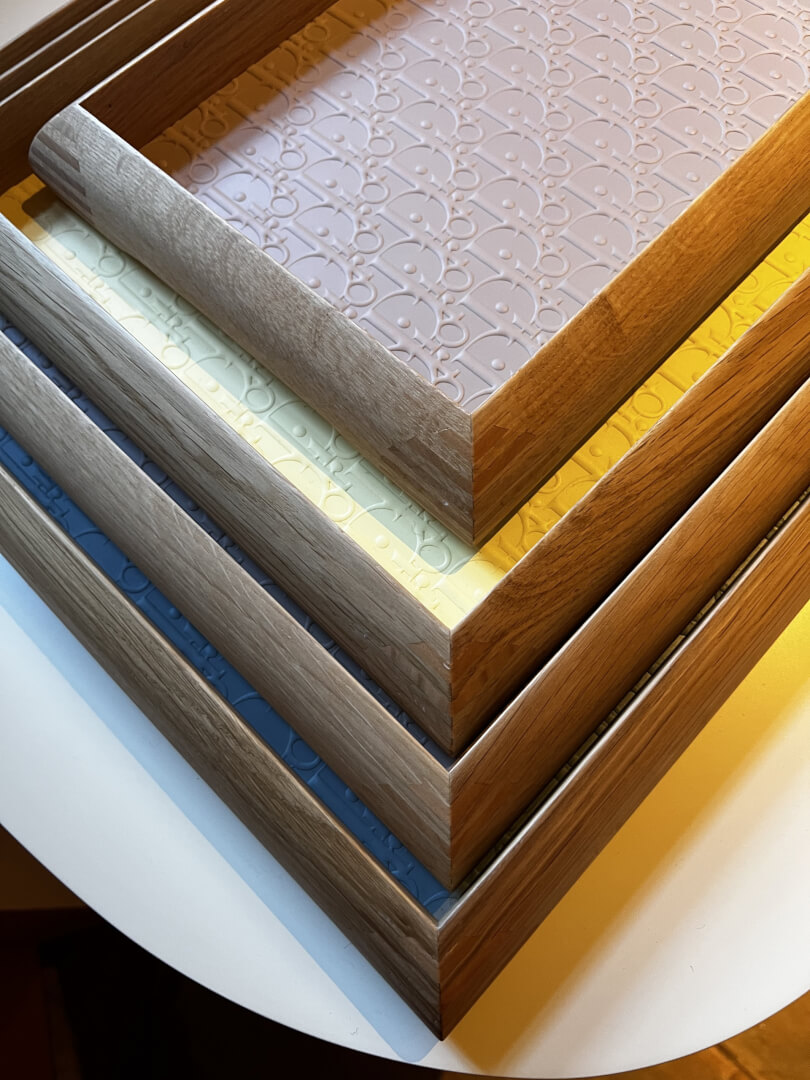 For French fashion maison Dior, Pierre Yovanovitch has designed a collection of fourteen objects named MIDI, a terms for the south of France which reflects the bond with the region which Yovanovitch is very familiar with being born in Nice.

Simple, solid and functional design celebrates the savoir-faire that both the designers and the fashion house embrace. The collection is composed of local, sustainable materials selected for their beauty and timelessness.

The collection of seats which made their debut on the deck of a yacht boasts their winter attire at NOMAD dressing themselves with the warmest and softest of cashmere and wools, mixing and matching colours.

As usual, Nomad was a great experience  plenty of unique inspiration for our refined  and bespoke interior design projects!

See you soon in Capri, for the Nomad summer edition

This website uses cookies to improve your experience while you navigate through the website. Out of these, the cookies that are categorized as necessary are stored on your browser as they are essential for the working of basic functionalities of the website. We also use third-party cookies that help us analyze and understand how you use this website. These cookies will be stored in your browser only with your consent. You also have the option to opt-out of these cookies. But opting out of some of these cookies may affect your browsing experience.
Necessary Sempre abilitato
Necessary cookies are absolutely essential for the website to function properly. This category only includes cookies that ensures basic functionalities and security features of the website. These cookies do not store any personal information.
Non-necessary
Any cookies that may not be particularly necessary for the website to function and is used specifically to collect user personal data via analytics, ads, other embedded contents are termed as non-necessary cookies. It is mandatory to procure user consent prior to running these cookies on your website.
ACCETTA E SALVA